The annual Venice Film Festival finally opened, and the world’s latest wonderful films appeared in a concentrated manner. The new work “The Power of the Dog” directed by Jane Campion was premiered at the film festival, and its reputation was very popular.

The first audience who watched “The Power of the Dog” at the film festival stood up and applauded for 4 minutes. The premiere received rave reviews.

“The Power of the Dog” became a big hit at the 2021 Venice Film Festival.

“The Power of the Dog” is a true zero-negative movie, and its reputation is so good.

And on the most demanding platform: MTC, it also scored 90 points for “The Power of the Dog”.

Such an excellent reputation is simply against the sky.

Phil’s delicate emotions are vividly interpreted by him, and he also shows the complex side of human nature.

This was described as an extremely shocking performance.

Moreover, “The Power of the Dog” is considered to be the best performance of Benedict Cumberbatch’s acting career.

It is entirely possible that he swept the major film festivals with this new film and harvested various awards.

She has directed “Bright Star”, “The Portrait of a Lady”, “The Piano” and “An Angel at My Table” and other film and television works.

Jane Campion’s work has always been quality-guaranteed, and this time he presented another film masterpiece.

“The Power of the Dog” is a new work produced by Netflix, based on Thomas Savage’s novel of the same name.

It tells the story of the American West in the 1930s.

As a western movie, the lens is full of beauty, every frame is beautiful, like wallpaper, this can be felt in the trailer.

Some of the shots have charming scenery, even like oil paintings, which seem to be a comfortable feeling.

Juan Fu starred in a farmer, Phil Burbank, who runs the largest ranch in the Montana River Valley with his brother George.

The older brother Phil lived elegantly and solemnly, with some darkness in his heart.

One day, his brother Phil discovered that his brother George had secretly married a widow.

This made his brother Phil very angry, making trouble for the two of them, or even torturing.

However, when a person who can make him thrilled appeared on the farm, he discovered that the original cold self would suddenly become deeply affectionate and could not get out of it.

The story of “The Power of the Dog” is not fast-paced, and the plot unfolds slowly, but it wins with full stamina.

The exquisite bedding in the first half laid the foundation for the outbreak of the second half. Only when the end is approaching, can we truly feel the profound theme and charm of this movie.

“The Power of the Dog” is scheduled to be shown on North American theaters on November 17 and will be shown on Netflix on December 1. 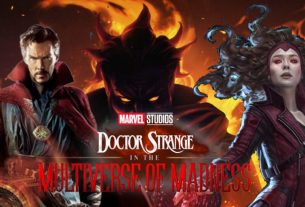 “Doctor Strange in the Multiverse of Madness”: returns with the oldest villain. What is the fate of the protagonist? 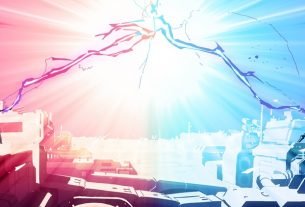