The show is planned to be a Hollywood satire with Wonder Man, the lead character, also a stuntman.

Wonder Man is one of the oldest characters in Marvel Comics, debuting in 1964. Originally a villain, he became a hero in the late 1970s and became famous in the 1980s.

Wonder Man, real name Simon Williams, is a founding member of the Los Angeles-based West Coast The Avengers, with a classic line of turtlenecks, red jackets and sunglasses, and has become a celebrity for his day job as an actor and stunt man.

Wonder Man has a close relationship with Wanda and Vision. The comic uses ion energy and brain waves to connect Wonder Man and Vision, and the two are as close as brothers, and Wonder Man also develops feelings for Wanda after Vision is dismantled.

Ion energy gives Wonder Man superhuman strength, speed, endurance, agility, vision, hearing, he can fly and immortalize, as well as manipulate electromagnetism, change the size of the self, teleportation and other skills. 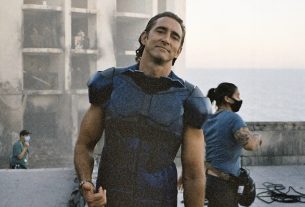