After all the calls came out, the official preview of “Spider-Man: No Way Home” was exposed at the one month countdown to the North American release.

Although the five villains of Green Goblin, Lizard, Sandman, Doctor Octopus and Electro appeared, the three generations of the same frame still disappeared.

This trailer emphasizes that due to a problem with Doctor Strange’s spell, Spider-Man villains from different universes have flooded into the Tom Holland version of Spider-Man universe.

Related Post: The latest preview of “Spider-Man: No Way Home” has an instantaneous number of views over 10 million.

Related Post: The classic sad scene reappears, and the Spider-Man girlfriend has fallen from a height again!

Sandman is not the same as in Tobey Maguire’s Spider-Man 3, but Lizard and Green Goblin are still the same.

This trailer hides some details, and also aroused some speculations from netizens that Sony and Marvel continue to lose their appetites.

Dr. Octopus found out that this is not the Peter Parker he knew

The nickname of Doctor Octopus was mocked

Why Electro changed its shape

Sandman, Lizard and Electro are fighting the three Spider-Man?

Green Goblin is still the same

The Green Goblin of Vision seems to be another one

It’s not the Tom Holland version of Spider-Man who rescued the Zandaya version of MJ?

Tom Holland’s version of Spiderman’s back

Andrew Garfield’s version of Spider-Man’s back

Why is Captain America’s shield here?

Maybe you won’t know until the feature film is released. 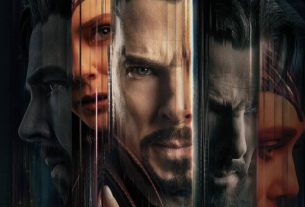 Reshoots for “Doctor Strange in the Multiverse of Madness” have ended