The Shotgun Wedding photos feature our first glimpse at the rest of the main cast, including Lenny Kravitz and Jennifer Coolidge. Two of the photos also include a new look at Lopez and Duhamel’s characters, whose wedding day turns into a dangerous rescue mission.

Shotgun Wedding stars Josh Duhamel (Life as We Know It) and Jennifer Lopez (Hustlers), who also recently starred in another wedding-theme movie with Owen Wilson in STXfilms’ Marry Me.

“The film centers on Darcy and Tom as they gather their lovable but very opinionated families for the ultimate destination wedding just as the couple begins to get cold feet,” reads the synopsis.

“If that wasn’t enough of a threat to the celebration, suddenly everyone’s lives are in danger when the entire party is taken hostage, and ‘Til Death Do Us Part’ takes on a whole new meaning as Darcy and Tom must save their loved ones — if they don’t kill each other first.”

The film will be available for streaming on January 27, 2023. J. K. Rowling at the premiere of ‘Fantastic Beasts: The Secrets of Dumbledore’,this crew still has conscience 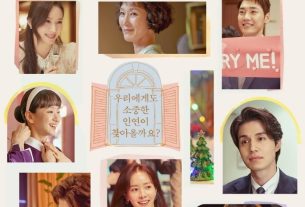 “The Batman” breaks 760 million at the global box office, surpassing “No Time to Die”