After nearly four years of online appeal,  ‘Zack Snyder’s Justice League’ went live on March 18, 2021, and was once considered a successful example of positive interaction between fans, creators, and platforms. However, the recent ‘Rolling Stone’ magazine report said that this matter is not simple behind.

‘Rolling Stone’ reported that Zack Snyder began hiring a marketing firm to run his own fanquan culture in 2016, the year ‘Batman v Superman: Dawn of Justice’ was released, and multiple insiders involved in the production of the Positive League film believe that Zack Snyder was personally manipulating fanquan.

“Snyder Cut” version of the project, Zack Snyder has been in dispute with senior executives and threatened the latter. Warner executives who overruled Zack Snyder’s unreasonable demands were personally attacked by “fans” and circulated from Zack Snyder fanquan, some of which were even sent to the person’s family

Warner executives at least after the “Snyder Cut” version was announced knew that Snyder Cut’s water was very large.

According to the report, Twitter “Snyder Cut” zombie fan ratio of up to 13%, far more than the general topic; “restore Zack Snyder universe” tweets a day 1 million, but within a few days down to 40,000.

In response to allegations of fanquan manipulation, Zack Snyder responded, “If someone is pulling strings in a social media frenzy, it’s Warner trying to use my fans to add subscribers to their streams.”

Cyborg actor Ray Fisher’s series of “accusations” against Warner and the producers were in tandem with Zack Snyder.

Zack Snyder took a copy of the original ‘Justice League’ footage in violation of the law and refused Warner’s request for its return, labeling the original footage “Snyder Cut version 214 minutes” to hype the existence of the director’s cut, as if he had planned it all along. The Internet petition.

Zack Snyder, together with his wife, forced the executives to remove Geoff Johns and other producers from the SnyderCut edition.

Warner initially agreed to a budget of 20 to 30 million was used for post-production special effects, but Zack Snyder in his own backyard to secretly make up footage (also considered a violation of anti-epidemic regulations, Zack Snyder to deny), the final production budget came to 73 million.

It just so happened that Warner HBO Max wanted to compete for subscribers at the time, and the newly appointed CEO eventually approved the increased budget.

Related Post: There are reports that the “SnyderCut” campaign of the “Justice League” has a large number of Spammers involved, and someone is setting the tempo. 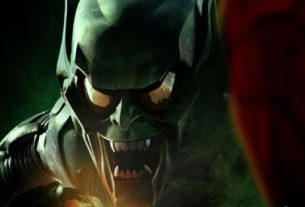