Affected by the epidemic, many movies were postponed last year, and there is a blockbuster that will finally be released this month.

The film will be screened at the Cannes Film Festival in mid-May, followed by Northern America on May 27.

When it comes to “Top Gun: Maverick”, which will be released in May this year, it is impossible not to mention “Top Gun‎” released in May 1986, Tom Cruise’s famous work 36 years ago.

In “Top Gun‎”, young Tom Cruise plays Peter Mitchell, a naval lieutenant who, following the example of his pilot father, has a heroic dream and is sent to Top Gun training base with his partner Nick Bradshaw to undergo the most rigorous training. flight training.

Here, the young and energetic Mitchell was despised by Tom Kazansky, a fellow student “Iceman” because of his poor grades, but fortunately, he won the heart of the beautiful female instructor Charlie.

However, during a training session, Mitchell and Nick Bradshaw, who were on the same fighter jet, encountered a jet stream, the engine failed one after another, the plane lost control, the fuselage kept spinning, and the two were forced to parachute.

With the tragic death of Nick Bradshaw, Mitchell is depressed, believing it was his own fault that led to the sacrifice of his friend.

Even if Mitchell was finally determined not to be responsible in that accident, Mitchell, who blamed himself, still couldn’t get out of the shadows.

He couldn’t even attack in the training afterwards and drifted away from Charlie.

Of course, the film ends with a perfect happy ending. After a lot of hard work, Mitchell overcomes the psychological barrier, soars into the sky, and embraces the blue sky again.

In “Top Gun: Maverick” 36 years later, Tom Cruise returns as Peter Mitchell, who, after serving as the Navy’s top pilot for more than 30 years, broke the limits of the system and became a test pilot brave enough to take on bigger challenges. .

When he receives orders and finds himself training a detachment of “TOPGUN” graduates for a special mission never seen before by living pilots, Mitchell encounters Lieutenant Bradley Bradshaw, son of Lieutenant Nick Bradshaw, his former sacrificial partner. Released demons and uncertain great challenges come at the same time…

A male audience member who had watched “Top Gun: Maverick” in advance said that he was crying. It is foreseeable that this movie will have a big tear-jerking plot.

In the previous trailer for “Top Gun: Maverick”, there were various aerial shots in the cockpit of the real machine, and the real shots presented a shocking visual impact on the spot. It is worth mentioning that the muscle distortion on the actor’s face in the trailer is not a special effect, but the impact the actor actually bears in flight.

The director of “Top Gun: Maverick” is Joseph Kosinski, who revealed to the media that he shot about 800 hours of footage for “Top Gun: Maverick”, an amount he said was equivalent to “shooting three “The Lord of the Rings” Movies always have as many shots”.

Joseph Kosinski’s previous directorial masterpiece is the high-scoring movie “Only the Brave‎” about firefighting, and he also collaborated with Tom Cruise on “Oblivion”. The reason “Top Gun: Maverick” takes so many shots, the director said, is because in a 12- or 14-hour day, you might end up with only 30 seconds of good shots.

It is worth mentioning that in order to shoot the scenes in the cockpit of the plane, director Kosinski and the film production team had to teach the actors to use the filming equipment themselves, because the space in the cabin was too small to accommodate the crew.

Therefore, the shots in the cabin that the audience will see in the movie in the future are all shot by the actors themselves.

As Tom Cruise said, “We had to teach the actors about lighting, photography and editing. I had to teach them how to turn the camera on and off, and adjust the angles and shots.

We don’t have unlimited time on these planes and I have to make sure we get what we need.

It is reported that this time, in order to capture a real sense of flight presence, as many as 6 IMAX-level cameras were set up in the cabin for framing, and the crew also invited some of the best pilots in the world to guide the actors, even the producers themselves. He sighed: “No one will make a movie like this, and there will be no more in the future. “

There’s not much CG technology, most of it is real, and the actors actually get on the plane.

Tom Cruise attaches so much importance to “Top Gun‎” because the film is so special to him. Not only did he become a household name because of the film, but he also became a generation of fashion icon because of his handsome and unrestrained appearance in this film.

In “Top Gun: Maverick”, the classic scene of the goddess on the motorcycle also appeared, only Tom Cruise was the same Tom Cruise, but the goddess sitting behind him was replaced by Jennifer Connelly.

Jennifer Connelly is not only a beauty, but also an acting school who holds the three best supporting actress awards for the Little Golden Man, the Golden Globe Award and the British Academy Film Awards.

In addition to the combination of gods and goddesses, the return of Val Kilmer, who played “Iceman” in the first film, is also a highlight of “Top Gun: Maverick”. In addition, there is also Ed Harris (“The Truman Show” “A Beautiful Mind” ) of the love to join.

In this new film, although Tom Cruise has been a pilot for 30 years, he will inevitably be despised by a group of young and energetic new students when he first teaches, especially when he also meets the son of his late partner Nick Bradshaw, Bradley Bradshaw .

Actor Miles Teller, who plays Bradley Bradshaw, is a Hollywood hitman with several masterpieces, most notably “Whiplash‎” and “The Divergent Series.”

In the trailer, Tom Cruise, who had just taken office, was driving a fighter jet and directly ordered a two-on-one close-quarters fight.

When the students didn’t react and couldn’t believe it, Tom Cruise personally piloted the fighter jet through the two fighter jets and showed his hand.

It can be seen that the instructor is not joking. He requires that every actual drill should be treated as seriously as a real battle.

This also reflects from the side that Mitchell, played by Tom Cruise, has already become a pilot with outstanding military achievements, both physical and psychological quality are first-class. However, excellent pilots still encounter new problems and difficulties, which makes people want to find out more.

Tom Cruise revealed that the film is a love letter to flying, a story about family, sacrifice and flying.

So, it’s understandable why the male audience who saw “Top Gun: Maverick” in advance also cried.

It is worth mentioning that, as a return work, “Top Gun: Maverick” is also full of nostalgic memories.

The trailer echoes and pays homage to the previous work, including riding a motorcycle, showing off your muscles on the beach and playing football. The scenes are all reproduced, and the passionate years are reproduced.

36 years, now in exchange for such a good first wave of word of mouth, it seems that Tom Cruise’s dedication to “Top Gun: Maverick” has not been in vain.

After 36 years of waiting for “Top Gun: Maverick”, are you looking forward to it? 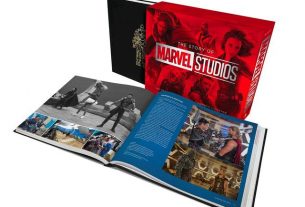