Stephen King praised the recently released thriller ‘Fall’. “‘Fall’ (Amazon Prime, and maybe other platforms): nerve-wracking, very, very scary, reminds me of ‘Duel’, a movie I wish I had written.”

The thriller, titled ‘Fall’, tells the story of two adrenaline junkie friends who climb a 2,000-foot decommissioned TV tower in the desert. The film made $16 million at the box office on a budget of $10000.

Stephen King mentioned another film ‘Duel’, a thriller by Steven Spielberg, released in 1971, about a salesman who is chased and tortured by a truck driver during a business trip.

Related Post: The thriller “Fall‎” has so many bugs that it can’t stop complaining, but it earns enough attention. 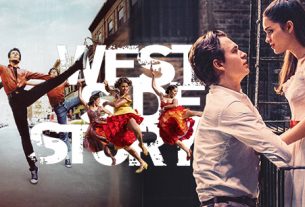 Can Steven Spielberg make a perfect remake of “West Side Story”? “She-Hulk” releases new trailer, dating She-Hulk be like below Please answer 2012, we meet these movies