Recently, “Spider-Man 3” director Sam Raimi talked about the scene where Maguire dances in the movie.

In the movie, Tobey Maguire’s Peter Parker is eroded by “Venom” – in order to show his new bad boy image, he changed into a black costume and danced on the street to flirt with girls, very magical.

Sam Raimi said: “Actually, we wanted to be funny. Peter Parker was a crappy kid – we wanted to see what it was like to play the villainous version of himself. But that’s exactly what we wanted to do and I’m glad people thought it was pretty cool. Funny! We want it to be funny.”

Since the release of “Spider-Man 3”, this scene has been spoofed wildly by netizens. However, this scene was ultimately not reproduced in “Spider-Man: No Way Home”. The reason for the leak of the Garfield scene before the release of “Spider-Man: No Way Home‎” has been found! 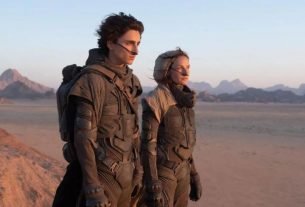