On Josh Horowitz’s “Happy Sad Confused” podcast, they recapped the Avengers’ summit showdown with Thanos, and Joe Russo said that Kevin Feige did propose killing off all the meta characters, but we thought that was too radical. It was too radical for the audience to accept such a storyline, and in fact, choosing one or two characters to sacrifice throughout the movie might have given the whole movie a rhythm, and fans could have cathartic emotions and then continued the narrative and then had more emotional catharsis.”

Joe Russo added, “They discussed the fate of the major characters ‘early on,’ although they were ‘keenly aware’ that after ‘Avengers: Infinity War,’ audiences felt that ‘no character was safe’. They had to carefully decide which characters should be sacrificed for the sake of the story.”

Joe Russo said “Kevin came up with the idea early on, just like ‘Toy Story 3,’ that the movie characters should all jump into the fire in order to save the universe.”

Joe says of the idea that was discussed at the conceptual level, “We didn’t think we could tell a story on that scale, so we weren’t quite sure exactly how we were going to do that.”

It is worth mentioning that ‘Avengers: The Kang Dynasty’ will be released in May 2025, 6 years after ‘The Avengers 4’ has passed.

Kevin explained that “part of the reason The Avengers’ two films are so far apart is because the large superhero team-up films are spread out over each phase of the MCU, changing the positioning of The Avengers films in the release schedule.” 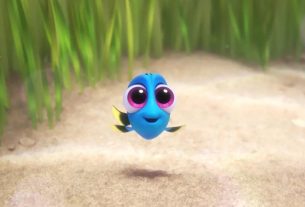 Will Smith slaps Chris Rock at the Oscars, and he apologizes to the Oscar committee afterwards