The box office and reputation of this series are very good, and the global box office revenue is nearly 2.5 billion US dollars.

The first part mainly introduces the origin story of Spider-Man.

During a visit to a science exhibition, Peter, who loves science, was bitten by a genetically mutated spider.

Peter magically acquired the sixth sense of danger that a spider can perceive, and he can also launch a web of slime to quickly climb and leap between high-rise buildings.

After his uncle was unfortunately killed, Peter decided to use superpowers to defend justice.

In the end, Green Goblin was defeated by Spider-Man.

In the second part, Peter had a fierce battle with the new villain, Dr. Otto Octavius, and finally won.

He disclosed his Spider-Man identity to Mary Jane, and the two finally became a couple.

And Peter’s friend Harry Osborn, driven by his father’s vengeance, gradually distorted his personality and became the second generation of Green Goblin.

The third Spider-Man faces Sandman and Venom at the same time.

When Peter learned that Sandman was related to the murderer who killed his uncle, he even had the idea of ​​revenge and vowed to arrest Sandman as soon as possible.

And the venom parasitic on Spider-Man, making his character become irritable.

However, Peter defeated them one by one, and learned the truth of his uncle’s death from Sandman.

Sandman has since changed his evil spirits and left alone.

According to the original plan, after the completion of these three films, there will be a fourth or even fifth to continue to be released.

However, since the third part, director Sam Raimi and the production company have disagreements.

Initially, Venom was not in the shooting plan for Spider-Man 3.

The “Spider-Man 3” story originally conceived by the Raimi brothers revolves around Peter, Mary Jane and Harry Osborn, with Sandman and Vulture teaming up as villains.

According to reports, Ben Kingsley will play Vulture.

But Sony’s producer Avi Arad insisted on joining the venom.

Since the 1990s, venom has shined in popular culture, frequently appearing in comic plots and adapted animations.

Sam Raimi is difficult to accept, because he is only interested in the early classic Spider-Man characters.

But in the end, he complied with the producer’s request and forcibly added the venom.

Not only that, Arad also asked to join another lover of Spider-Man, Gwen Stacey.

So Stacy, played by Bryce Dallas Howard, was also rashly added to Spider-Man 3.

The difference in ideas between the director and the producer has caused the overall level of “Spider-Man 3” to be greatly reduced, and the reviews are not as good as the previous two.

When the fourth film was made, this contradiction still existed, and the producers tried to add a large number of villains to the film to attract the audience.

In the end, the two sides completely parted ways. Sony also gave up the fourth film and directly restarted the filming of “The Amazing Spider-Man.” 10 Screen Couples Who Have No Chemistry at All “Love In Contract” 7-8 Episodes :5 Swoon-Worthy Moments That Had Us Agape 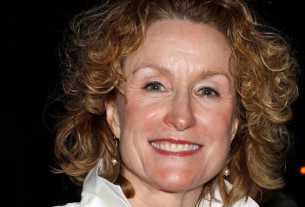