With the release of ‘Black Adam’ and Henry Cavill’s public acknowledgement of his return as Superman, fans are excited about the future of Superman movies.

Recently Henry Cavill accepted a number of media interviews, revealing the details of his ‘Black Adam’ egg shoot, and he hopes to play a happier Superman in the future.

Henry Cavill recalls that when ‘Black Adam’ approached him to return as Superman, he was shooting Netflix’s ‘The Witcher’ and had a pretty full schedule of work six days a week.

After he and Warner agreed to work together, he took a leave of absence from the ‘The Witcher’ crew, and the crew didn’t know he was taking a temporary leave to shoot ‘Black Adam’.

Henry wore his 2013 ‘Man of Steel’ costume on the set of ‘Black Adam’ and said, “I chose this dress because it gives a nostalgic feeling and it was very important to me to stand on the set and enjoy that moment.”

For the future ‘Superman’ movie writer and director candidate, Henry Cavill did not reveal much in the interview, but he promised to share with fans when there is progress.

The actor said, “The character has a bright future and I’m excited to tell the story of a joy-filled Superman.”

The funny thing is, was informed that Henry Cavill returned to the role of Superman, being in the Netflix  ‘Rebel Moon’ set of Zack Snyder also sent a video to Henry, Zack hope that Henry can look back on the ‘Man of Steel’ in the flying scene, and said: ” I can’t wait to work with you again.”

Of Zack’s video, Henry said, “He’s a lovely man and I’m very grateful for all he’s done for me. These are all great memories of my career. Everything has changed, but I remember the beginning well ……Zack , if you’re watching …… Thank you, my friend.” 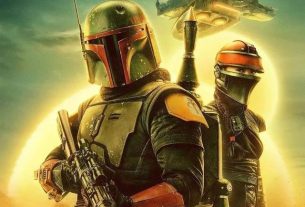 Star Wars live-action TV series “The Book of Boba Fett”: After a year of waiting, the legendary bounty hunter is back Blake Lively is pregnant, this will be she and Ryan Reynolds’ fourth child