Mickey Kuhn, the actor best known for his role in the Academy Award-winning film Gone with the Wind, has died. He was 90.

The actor — who was also in Red River, Juarez, Broken Arrow and A Streetcar Named Desire — died Sunday in a hospice facility in Naples, Florida, his wife Barbara told The Hollywood Reporter, adding that he was previously in good health.

Kuhn was the last surviving credited cast member of Gone with the Wind, according to The Wrap, playing the son of Ashley and Melanie Wilkes, portrayed by Leslie Howard and Olivia de Havilland, respectively.

The former child actor was just six years old when he appeared in Gone with the Wind. In an interview with The Washington Post in 2014, he remembered he kept messing up a scene with Clark Gable. “My line was, ‘Hello, Uncle Rhett,’ ” he told the publication. “I kept saying, ‘Hello, Uncle Clark.’ “

Kuhn worked as an aircraft electrician in the U.S. Navy for four years beginning in 1951. After leaving the Navy, he appeared in two more films and a few TV episodes before ending his acting career. He was in The Last Frontier and Away All Boats and three episodes of CBS’ Alfred Hitchcock Presents.

He retired in 1995 from American Airlines where he worked in airport management for many years.

According to The Hollywood Reporter, Theodore Matthew Michael Kuhn Jr. was born on Sept. 21, 1932, in Waukegan, Illinois. After his family moved to L.A. as a child, he appeared in Change of Heart, starring Janet Gaynor, at age 2.

Kuhn is survived by his wife Barbara, whom he married in 1985, his son Mick (and his wife, Jolene), daughter Patricia, and granddaughter Samantha. 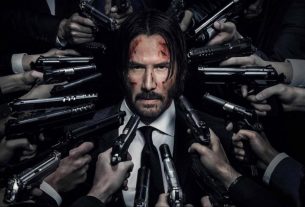