After entering the 21st century, Disney’s most successful cartoon is undoubtedly the “Frozen” series.”Frozen” not only revived the Disney Princess story in its creation, but also won the global annual crown and Oscar for the best animation in the first episode released in 2013. The sales of peripheral products also brought huge profits to Disney.But many people may not know that three years before “Frozen” was born, a Rapunzel named Rapunzel used “Tangled” to lay the foundation for the success of Anna and the Aisha sisters.

Strictly speaking, the “Tangled” released in 2010 did not lose to “Frozen” in terms of story, production, character creation, dubbing, etc., but it was almost meaningless in terms of song transmission.

But in terms of luck alone, “Tangled” is far worse. It has not been shortlisted for the best animated feature film at the Oscars, has not developed a big screen sequel, and has not sold out of stock Rapunzel princess dress…

“Tangled” was released in 2010 as the new year of CG animation. Pixar launched the almost perfect “Toy Story 3”. DreamWorks Animation’s “How to Train Your Dragon” became one of the masterpieces of this label.

Lighting Entertainment also established its position in the industry through “Despicable Me”, and launched the Nuggets master-Minions.

The following year’s Oscar’s best animated feature film, Ghosts and Gods, only gave three shortlisted places, in addition to “Toy Story 3” and “How to Train Your Dragon”, the other is a French hand-drawn style animation “The Illusionist”.

“Tangled” was only shortlisted for the best original song, and it also lost to “Toy Story 3”. There is a feeling of being born and bright.

Do you think “Tangled” is bad luck?

Fortunately, all bad luck does not prevent “Tangled” from becoming a masterpiece, and time is the best test tool.

November 24th this year marks the 10th anniversary of the release of “Tangled”. Let us review the story before and after the birth of this underrated cartoon.

Before talking about how good “Tangled” is, let’s review what Disney experienced before shooting this animation.

Disney, which dominated in the hand-painted era, reacted slowly, lost in the CG animation wave, and performed far behind its competitors.

After the 2004 “Home on the Range”, Disney decided to close the Florida hand-drawn animation studio.

Although “The Great Mouse Detective”, “Beauty and the Beast” and other films began to use CG technology to assist painting, but it was not until 2005 that Disney launched the first full CG animation film “Chicken Little”.

The film is the first CG animation produced in a 3D version, with a global box office of 314 million at a cost of 150 million U.S. dollars, which is a decent result.

But this work is to follow the spoof animation style of DreamWorks, and loses Disney’s own characteristics. The favorable rate of the film Rotten Tomatoes is as low as 38%. Such a figure is simply a shame to Disney animation.

The key is that in terms of CG technical proficiency, “Chicken Little” and its opponents “Shrek”, “Madagascar” and “Finding Nemo” are far from each other.

In 2006, Disney incorporated Pixar into the big family. This year, Disney Animation did not release any films. It was the first time that it was “off the file” since “The Lion King” in 1994.

. Disney, which has become hesitated in the future, has postponed many production plans. The original hand-painted animations “Tangled” and “Frozen” made emergency U-turns and all changed to CG style.

Soon after Pixar was acquired, their creative core John Lasseter intervened in Disney animation as the chief creative officer. He believed that the success of animation depends on the characters and plot, rather than the production format.

Lasseter decided to develop a different Disney CG animation and at the same time innovate the princes and princesses that belong to the Disney tradition, instead of chasing the existing styles of other studios.

John Lasseter and the voice actors of “Tangled”

The addition of Pixar has an impact on the original organizational structure of Disney Animation.

John Lasseter fired director Chris Sanders on the grounds that the script of “Bolt” was not strong enough (this dear man later switched to DreamWorks animation and released successful works such as “How to Train Your Dragon” and “The Croods”. The world is unpredictable. ), replaced by directors Chris Williams and Byrne Howard.

This Howard later directed “Tangled” and “Zootropolis” successively, and was the backbone of Disney’s animation directors over the years.

Disney found the feeling of CG animation through “Bolt”

Fortunately, “Bolt” has a greater technical level than “Chicken Little” and “Meet the Robinsons”.

The positive rate on the Rotten Tomatoes website reached 88%, and it was also shortlisted for the 2009 Oscars for Best Animated Feature Film.

This film evokes Disney’s confidence that it will never give up, but the characteristics of Disney’s animation have not been revealed. The outside world generally believes that “Lightning Dog” is too Pixar.

Related Post:How many princesses does Disney have ?

NO.2 “Tangled” reproduces the vitality of song and dance fairy tales

Prior to this, “Pocahontas” and “Tarzan” screenwriters Gran Keane and Dean Wellins.

Working for this movie since 1996, the heroine Rapunzel was designed by Gran Keane, but Keane had to retire as a producer due to a heart attack and hospitalization.

However, in the final film, Rapunzel is basically implemented in accordance with Keane’s design.

Whether from the perspective of the animation audience or the Disney company, fairy tales, princes, princesses and singing and dancing are the “authentic Disney”.

After the two new directors took over “Tangled”, while ensuring the tradition, they also made drastic innovations.

The story of “Tangled” is derived from Grimm’s fairy tale “Barbie as Rapunzel”, but only draws on the characters and worldview settings, and the rest is all original.

For example, in the fairy tale, the heroine is just a rural girl, who is punished by the witch for stealing lettuce from her father, and Rapunzel is taken away and placed in the attic.

In “Tangled” the heroine is set as the stolen princess, compared to the previous adaptation of “Barbie as Rapunzel”, the personality is more distinctive.

More feminist than the previous Disney princesses, it paved the way for the configuration of the twin princesses in “Frozen”.

In addition to magic hair, Rapunzel also has a pan.

In the setting of the male protagonist, Disney did the opposite.

Let Flynn change from a prince in a fairy tale to an ordinary civilian, set it as a thief, and take the first step where the princess does not need to be saved by the prince.

In terms of character shaping, the creator referred to Robin Hood in “Robin Hood” in 1938.

The two directors hope to draw attractive male protagonists. It is said that they invited female colleagues of the company to a meeting and asked them what kind of man looks good and attractive.

In terms of character age, Flynn is 26 years old and Rapunzel is 18 years old.

So when creators are looking for voice actors, they tend to look for clear and smart voices, even Natalie Portman has come to audition.

Among a large number of actors who auditioned, Christine Bell and Idina Menzel were the most worthy of mention, although they were eventually brushed off.

Three years later, they participated in the more famous Disney animation “Frozen”, the world is unpredictable.

Unlike its rival DreamWorks Animation who likes to find big stars like Will Smith and Angelina Jolie to dub, Disney Animation has always insisted on finding suitable actors to dub.

After several rounds of screening, Christine Kennones and Dan Fowler were selected as the voices of Princess and Flynn.

Due to schedule reasons, it was finally replaced by Mandy Moore and Zachary Levi.

Mandy Moore was mainly a singer at the beginning of the 21st century. “Tangled” could choose her, and it must be her singing voice.

Before Zachary Levy participated in this project, the most famous work was only the American drama “CHUCK”.

Looking back now, Disney’s casting vision can be described as precise. Mandy Moore’s voice is clever and naughty and shy. From being raised in a boudoir to a princess with self-insight, Mandy Moore will The changes in the vocal ray are very precise.

Interruption: This horse is too much for the show

Zachary Levy’s Flynn is cynical with some innocence, and this temperament also continued in the DC superhero movie “Thunder Shazan!” he starred in 2019. “in.

The important thing is that Zachary Levy is not much worse than professional singer Mandy Moore in singing the theme song “I see the light”.

That’s right, “Tangled” is more like Disney’s work than “Blot”.

For example, the animal companion chameleon around Rapunzel, the funny Maxim who is as clever as a dog, the chorus from time to time in the middle, and the creation of the soundtrack by Alan Manken…

These are all standard features of Disney’s song and dance fairy tales. Regarding these characteristics, the honest trailer has very good comments on the film.

NO.3 “Tangled” is the most expensive animation in history

The film uses an oil painting-like visual experience, but it is realized with CG animation, which is very challenging.

Under the leadership of John Lasseter, Disney has also held seminars for this purpose, bringing together dozens of Disney’s top traditional animators and CG artists to discuss how to choose.

The visual style of Tangled is deeply inspired by the works of French artist Jean-Honoré Fragonard, one of the representative artists of Romanticism.

The idea of ​​the creator is to make the picture look like it was painted with a brush, but still retain the depth and dimension of the CG animation.

Due to the commitment to the application of new technologies and the 6 years of production, the production cost of “Tangled” is as high as US$260 million, which is the most expensive animation film ever produced.

The film was not introduced to mainland China, and the global box office totaled nearly $600 million, ranking 8th in the world that year.

Although there is no big profit, Disney can still rely on DVDs and other peripheral products to make money back.

In the eyes of Disney fans, “Blot” is a bit like a reappearance of “Oliver & Company”, and “Tangled” is the 21st century “The Little Mermaid”.

As the 50th Disney animated feature film, the performance of “Tangled” is worthy of this milestone figure. The exquisite graphics and the superb performance of the hair technology make people no longer dare to look down on Disney’s CG level.

At the end of the movie scene

10 years after the film was released, it maintained a score of 7.7 at IMDb, which was higher than the score of 7.4 in “Frozen”.

In the past 10 years, whether it is among American animation fans or Chinese animation fans, there has been a debate about which is stronger, “Tangled” or “Frozen”.

“Tangled” gives a major change to the traditional Disney princess animation: the princess no longer depends on the prince to save, and even the prince does not appear.

But more is to carry forward the tradition, the singing and dancing part has maintained a considerable level, and Alan Manken’s music is also remarkable.

But three years later, “Frozen” changed more strongly: the love between the prince and the princess actually stepped aside, and sisterhood became the mainstay.

The theme song of “Let it go” is also more open than “I see the light” of “Tangled”.

“I see the light” is really good, but compared with the choruses of “Beauty and the Beast” and “Aladdin”, it is not breakthrough enough.

I don’t know if you think: “Tangled” or “Frozen” is better? 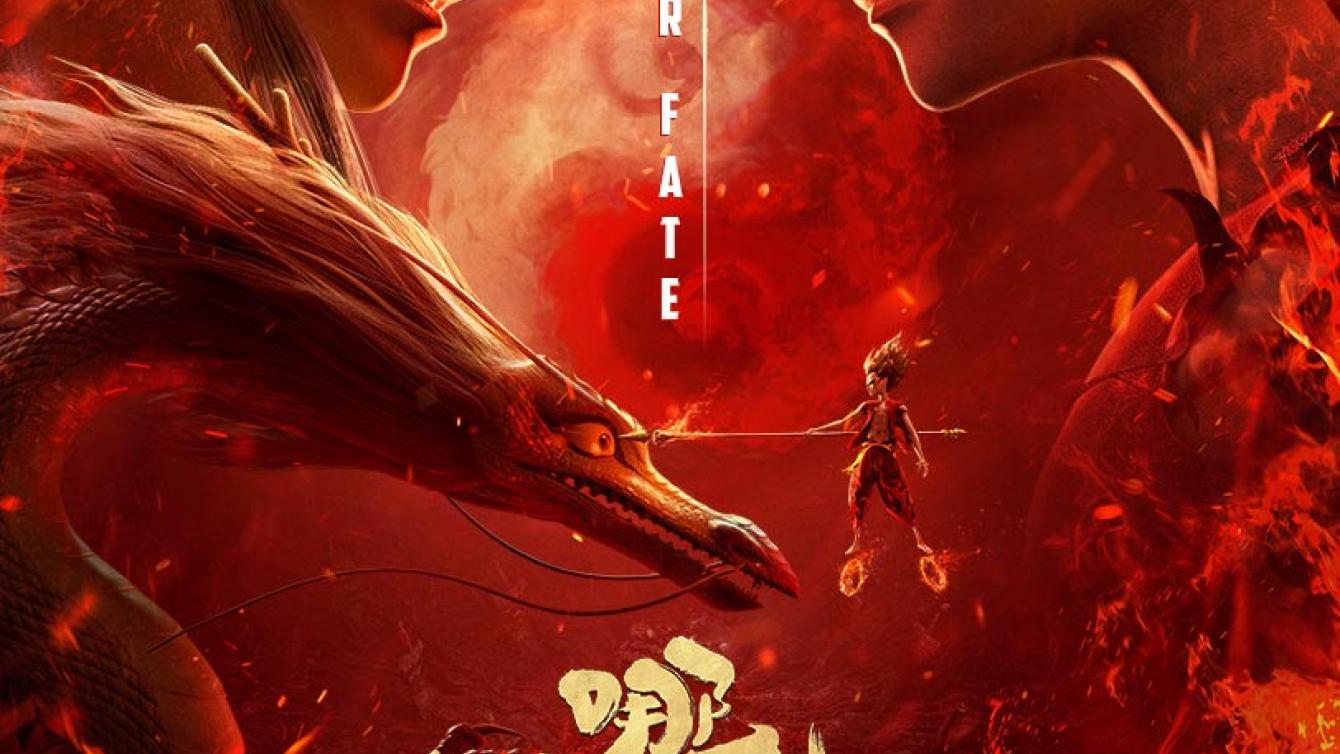 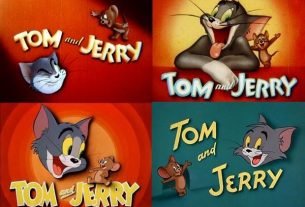 “Tom and Jerry”: The foe of joy in childhood memories 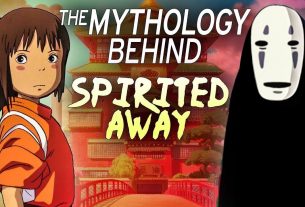