‘Westworld’ announced that four seasons were axed and directly ended because of the decline in ratings and word-of-mouth plus high costs today.

The show opened in 2016 was once amazing four seats, rated “brain” “the new HBO drama”.

Review Season 1 credits, with the main film style very match the OP, calm, eerie, rich, as if back to the drama years, back to the mysterious Western Paradise, people and AI staged bloody, brutal, elusive story.

HBO made a decision that surprised the industry: the sci-fi series ‘Westworld’ was cut because the ratings were not proportional to the production costs. That is, the show is currently running to the fourth season, is the end.

Westworld’ was once seen as a new pillar of HBO’s push when it opened, and the show opened in 2016, with Season 1 having set the highest ratings record for an HBO original series.

However, the opening was the peak, after the ratings have been declining season by season, during the broadcast received nine Emmy Awards and 54 nominations.

Last month, creator Jonathan Nolan also said he had been planning to shoot five seasons to finish and hoped to renew the show for a new season to wrap up the confusing and ambiguous plot.

The show’s ratings and word-of-mouth have declined since its third season, and now its popularity is not what it used to be, but usually when such a big show is created by a well-known creator, the network and platform will be willing to let it wrap up properly and not cut it off near the end.

And such action is not conducive to putting the series on streaming as a complete content with a beginning and an end.

Warner Bros. Discovery CEO David Zaslav’s recent push to “cut spending” and cut a lot of content has caused a lot of concern in Hollywood.

But THR said: sources insist that the cancellation of ‘Westworld’ is not related to this strategy.

Related Post: ‘Westworld Season 4’ scores 8 on IGN: the most impressive season in the series. 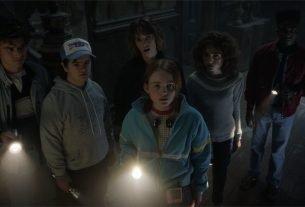