Vertical Entertainment has won the US distribution rights for the psychological thriller ‘Misanthrope‎’, which is scheduled to be released in the first half of next year.

The film written by Szifron and Jonathan Wakeham picks up in Baltimore on New Year’s Eve, as a talented but troubled police officer (Woodley) is recruited by the FBI’s chief investigator (Mendelsohn) to help profile and track down a mass murderer.

“Misanthrope is a film that revitalizes one’s love for independent filmmaking, from the direction down to cinematography. Every actor’s performance is captivating and pivotal to the story being spun,” remarked Vertical Entertainment Partner, Peter Jarowey. “We’re thrilled to be partnering with FilmNation to bring this edge-of-your-seat thriller to screens everywhere.”

“We’re tremendously excited that our film has found a home with Vertical and know this thrilling story will entertain and resonate with moviegoers around the world,” added producers Ryder and Manashil in a joint statement. “Obi-Wan Kenobi” was originally intended to be a movie trilogy, but was eventually adapted into a drama series 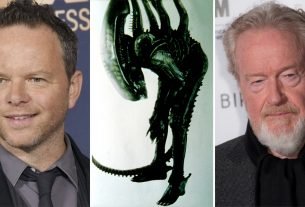