Last Sunday, ‘Game of Thrones’ prequel episode ‘House of the Dragon’ ninth episode has been released, the episode Season 1 will also soon usher in the grand finale.

And the ninth episode of the rating and word of mouth again a new high, IMDb open score up to 9.8, many viewers said this episode is quite shocking. Today it also exposed a set of stills, let’s take a look at it.

‘House of the Dragon’ Season 1 episodes cost a reported $200 million to produce, for a total of 10 episodes!

The series, co-produced by George Raymond Richard Martin, is set 300 years before the power trip and is based on Martin’s history book on Targaryen, ‘Fire & Blood’.

The 10th episode of “The Black Queen” will be aired this Sunday, for those who are interested.

Related Post: ‘House of the Dragon’ Season 1 Episode 10 Preview released, ‘Dance of the dragons’ is coming! ‘Don’t Worry Darling‎’ has poor media reputation after its premiere: 45% on Rotten Tomatoes, 49 on MTC 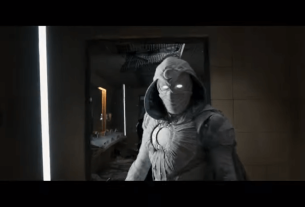