Directed by James Gunn, ‘The Guardians of the Galaxy Holiday Special’ behind-the-scenes Featurette revealed that Gunn, who is already at the helm of DC Studios, appears as a Marvel director, and Kevin Bacon makes a surprise appearance, and this film The film will be online on Disney+ on November 25.

The story will tell the story of Star-Lord because Gamora’s departure and gloomy, the team decided to go to Earth for Christmas to help him heal his love wound. The group enjoys the festive atmosphere, even Groot has become a muscle fierce tree, full of laughs.

Related Post: Pom Klementieff and Dave Bautista are filming “The Guardians of the Galaxy Holiday Special‎” ​​​. 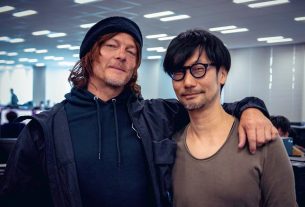 ‘Westworld’ is axed, the fourth season is the finale