Christine Romero, the “Godfather of the Dead’s” former wife, will serve as creative overseer for Romero’s Sanibel Films. Deadline first reported the news.

“The original version of Night of the Living Dead is still so resonant to this day,” Jusu said. “Every era has the zombie that it needs and right now, zombies reflect the ways that humans treat each other and show us who is truly the monster.”

The original Night of the Living Dead is “one of the great cornerstones of the horror genre,” said Morgan. “I’m beyond thrilled to be playing in the sandbox that George Romero built and ecstatic to raise the stakes and push the envelope with this exciting new story.”

Said Chris Romero: “I am so excited by this visionary team of storytellers that have come together to expand on the premise of the original film. Revisiting the world that George and his collaborators created is going to be a treat for fans. George would have been so happy to see this happen!”

It’s unclear if the new movie is related to Twilight of the Dead, which Romero developed before his death in 2017.  (The filmmaker’s widow, Suzanne Romero, was still developing that project as of 2021 with the logline: “The story is set in a decimated world. Life has all but disappeared. But there still may be hope for humanity.”)

The latter will introduce the project to buyers at the American Film Market, according to Deadline.

Because Night of the Living Dead is in the public domain, the film has been remade multiple times, including the Tom Savini-directed 1990 version.

Nicotero explained: “They went to court with the Walter Reade Organization, which left the copyright off. So George’s first foray into the film world was rife with copyright lawsuits, which they lost. I believe that had that been copyrighted, George’s career would have gone in a completely different direction. But he was a slave to a clerical error that cost him millions and millions of dollars.” 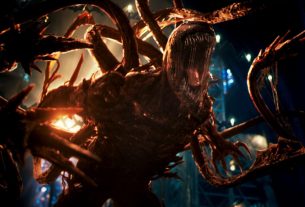