‘The Hunger Games’ new film is here, the prequel film ‘The Ballad of Songbirds and Snakes‎’ has been filmed for nearly three months.

Rachel Zegler shared the news and thanked the cast and crew. “I have loved every second and that’s a wrap.” Filming began in Berlin, Germany in June, earlier this year.

The movie is helmed by Hunger Games franchise director Francis Lawrence. Based on Suzanne Collins’ book series, the screenplay is written by Michael Arndt and Michael Lesslie.

Set about 64 years prior to the events of The Hunger Games, The Ballad of Songbirds and Snakes follows Coriolanus Snow — who fans know of the original trilogy know as President Snow — as he prepares to mentor District 12’s female tribute, Lucy Gray Baird.

Despite his initial embarrassment and disappointment, Coriolanus soon believes he and Lucy Gray may have a chance to turn the odds in their favor.

The Hunger Games franchise is among the highest-grossing film franchises ever with the trilogy collectively garnering $2.97 billion worldwide.

Fans are expecting the same thrill, action, and mythos that were invoked in the original movies as Lionsgate look to add another jewel to their collection of profitable franchises which includes features like The Hunger Games and the Keanu Reeves-led action thriller franchise John Wick.

The Ballad of Songbirds and Snakes is scheduled to release in theaters on November 17, 2023. 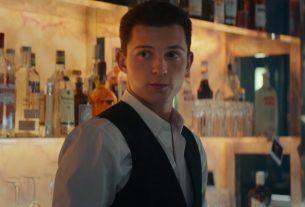