netflix officially announced the first episode of ‘Stranger Things’ Season 5 titled “THE CRAWL”. The official script cover for the episode was also released, and the writers are still the Duffer brothers.

There is no further news about this episode or Season 5, while no official announcement has been made about the approximate online time of the season.

The Duffer brothers have previously shared that Season 5 may be shorter than Season 4, while the entire series may have a Return of the King ending.

In addition to “Stranger Things” Season 5, other news was announced at the “Stranger Things Day” festival: “Stranger ThingsVR” will be released in winter 2023, and it will let players play the fourth season’s villain Vecna, against Eleven and The town of Hawkins takes revenge.

The official release of the fourth season behind-the-scenes photos: 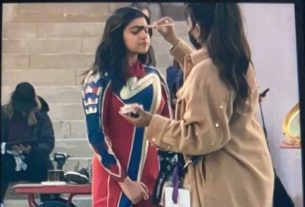