The first trailer for Shazam! Fury of the Gods dropped during this year’s San Diego Comic-Con, though the sequel has shifted release dates at least a couple of times since then. It’s now coming our way next year, and in the wake of Black Adam crossing $300 million at the worldwide box office, we finally have a poster for the Shazam! follow-up.

Similar to the first movie’s teaser poster, it features the title character not exactly taking this whole superhero malarky all that seriously.

It looks like the magically charged hero is pulling off some impressive dance moves, but something tells us this could be a hint about at least one memorable sequence in Shazam! Fury of the Gods.

Nearer its release, we’re sure the rest of the Shazam Family will receive the spotlight, not to mention the movie’s villains.

For now, though, this is a fun tease and a whole different sort of tone from what we’ve seen in recent months from Black Adam’s far more serious marketing campaign.

Shazam! Fury of the Gods continues the story of teenage Billy Batson who, upon reciting the magic word “SHAZAM!,” is transformed into his adult Super Hero alter ego, Shazam.

David F. Sandberg directs the film from a script by Henry Gayden and Chris Morgan. Shazam! Fury of the Gods is set to be released on March 17, 2023. 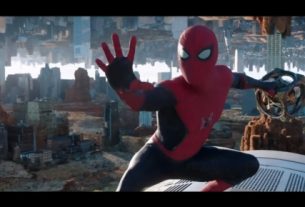 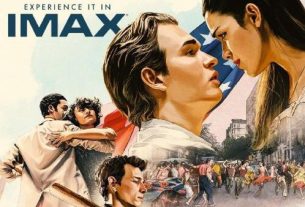 “West Side Story” releases the IMAX version of the poster, the hero and the hero look at each other affectionately