Rihanna is heading to Super Bowl LVII as the 2023 halftime show performer at State Farm Stadium outside of Phoenix, Arizona on Feb. 12.

The 34-year-old billionaire, who has nine Grammy Awards to her name, shared an image to Instagram on Sunday afternoon of her tattooed hand holding an official NFL football.

Prior to the NFL’s confirmation, Taylor Swift was rumored to be standing at the 50-yard line as the main act at halftime.

The league confirmed their leading act only minutes later with the same photo posted across their social platforms, with the caption, “Let’s GO @badgalriri @rocnation #SBLBII @applemusic @nflonfox.”

Super Bowl LVII will be sponsored by Apple Music after a decade with Pepsi. In addition, Jay-Z’s Roc Nation is returning for the third year to help produce the halftime spectacular.

“Rihanna is a generational talent, a woman of humble beginnings who has surpassed expectations at every turn. A person born on the small island of Barbados who became one of the most prominent artists ever. Self-made in business and entertainment,” said Shawn “Jay-Z” Carter, in a release from the NFL.

“We are thrilled to welcome Rihanna to the Apple Music Super Bowl Halftime Show stage,” said Seth Dudowsky, NFL Head of Music. “Rihanna is a once in a generation artist who has been a cultural force throughout her career. We look forward to collaborating with Rihanna, Roc Nation and Apple Music to bring fans another historic Halftime Show performance.”

Rihanna and her partner, musician A$AP Rocky, welcomed a baby boy in May.

The couple have been friend for years, and went public with their relationship in 2020. He told GQ last year that she is the “love of his life.”

“[It’s] so much better when you got the one,” he said. “She amounts to probably, like, a million of the other ones. I think when you know, you know. She’s the one.”

In July, she was named the youngest self-made female billionaire by Forbes when she hit the $1.4 billion net worth marker, earned by her music, beauty and fashion ventures. 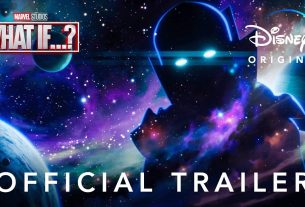