The suspense drama ‘Poker Face‎’ created by Rian Johnson (‘Knives Out’) has released a trailer, and announced that Peacock will start airing on January 26 next year, together to solve the difficult murder case.

Rian Johnson is the creator, writer, director, and executive producer of ‘Poker Face‎’, an anthology series that will solve a different murder case each episode.

Armed with nothing but her flask and quick wit in the stylish teaser, Lyonne wanders the U.S. in her Plymouth Barracuda, sticking her nose into the strange local crimes.

“Never underestimate the power of a good dinner conversation between friends,” wrote Johnson and Lyonne in a press release.

“What started as a discussion over steak frites about detective shows and what made them such a reliable pleasure — the exploration of little worlds within each new setting, the guest stars playing killers and victims, and most importantly, a scrappy protagonist you were always ready to kick back with and see win — ultimately resulted in the creation of Charlie.”

The first four episodes premiere on January 26 on Peacock. 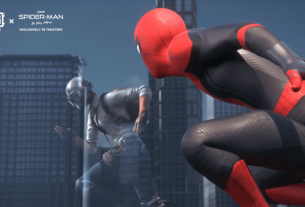