Returning to the wonderful museum, the animated film ‘Night at the Museum: Kahmunrah Rises Again’, the sequel to the well-known fantasy comedy series ‘Night at the Museum‎’, released stills, which will be launched on Disney+ on December 9 this year.

Spotlight on Nick Daley, son of live-action hero Larry Daley, who also reluctantly became a museum curator, and Pharaoh Kahmunrah in ‘Night at the Museum: Battle of the Smithsonian‎’ is back and wants to conquer the world.

Ahead of the new film’s debut, one of many new movies arriving on the streamer for the holiday season, Disney+ has released a first look at the film which teases some fan-favorite characters that will be seen and offers an idea what the animation will look like in the new movie. Check it out below!

Set to begin streaming on December 9th, Night at the Museum: Kahmunrah Rises Again takes place after the events of the live-action movies.

In the film Nick Daley is following in his father’s footsteps as night watchman at the American Museum of Natural History, so he knows what happens when the sun goes down. But when the maniacal ruler Kahmunrah escapes, it is up to Nick to save the museum once and for all.

Actor Jake Cherry previously played the part in the first two live-action movies with Skyler Gisondo taking on the role for Night at the Museum: Secret of the Tomb.

As far as we know now, Ben Stiller is not reprising his role of Larry Daley in the upcoming Night at the Museum: Kahmunrah Rises Again.

Considering the film is animated however the potential for a voice cameo by Stiller, no matter how small, could occur, but right now it seems like he’s not a part of the film in any way.

To that point, it seems the only person that is set to appear in Night at the Museum: Kahmunrah Rises Again is none other than Thomas Lennon.

Previously Lennon was the screenwriter for the first two movies in hte seires and has an uncredited cameo in one of them as well. Lennon is credited as voicing a character called “Teddy” in the new movie. Final poster for “Doctor Strange in the Multiverse of Madness”, 10-day countdown to Northern America ​​​ 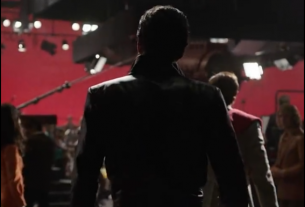