The new football movie ‘Next Goal Wins‎’ starring Michael Fassbender released a still, the coach is drinking coffee with a cup.

‘Next Goal Wins‎’, directed by Taika Waititi, will hit theaters in Northern America on April 21 next year.

While a Taika Waititi movie is immediately recognisable as such, there are many kinds of Taika Waititi movie. Now, in the wake of Thor: Love And Thunder, he’s going back to his roots, switching out of blockbuster mode for Next Goal Wins – adapting the 2014 documentary about the American Samoa football team who found themselves on the receiving end of a 31-0 trouncing from Australia.

Actually filmed before Love And Thunder, it offered Waititi the chance to redirect his focus between major Hollywood movies. “It’s the ultimate underdog story,” he tells Empire in the Indiana Jones 5 issue. And telling it in a new form had personal resonance for the filmmaker.

“It taking place in Polynesia is very important to me, because it’s my people. We stick together. It was like seeing myself up there, seeing my family up there, when I saw that documentary, which is so perfect in many ways. And to have a broader audiences have access to that story was one of my main goals. To bring our backyard to people, and to put brown faces on screen was a big deal for me. I just loved it.”

It sounds like we’re in for a Waititi film more in line with Boy and Hunt For The Wilderpeople than Ragnarok – an intentional gear-switch. “It was a great antidote to doing Thor and Jojo Rabbit. Not that there’s anything negative about doing those other films, but I just missed home so much,” the director reasons. But in true Taika style, he’s still bringing his own twist to the material.

“If you love films that are really authentic to the true stories, then you’re gonna hate this movie,” he says. “I mean, just watch the documentary if you want to see exactly what happened. We go a bit deeper with these characters. The way that everything unfolded is the same.” Here’s hoping he shoots and scores.

Read Empire’s full Taika Waititi interview on Next Goal Wins in the world-exclusive Indiana Jones 5 issue – on sale now and available to order online here. Next Goal Wins is due to arrive in UK cinemas on 21 April 2023. 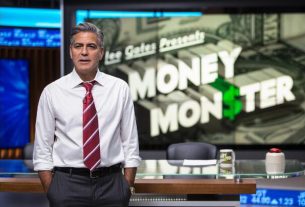