You debuted in September 2018 on Lifetime before making a splash worldwide when the first season of the series became available to stream on Netflix that December.

Following season 1’s huge success, Netflix acquired the show and ordered its second season. Badgley’s magnetic performance as lead character Joe, allied with the exposure You got from Netflix, transformed the show into a global phenomenon.

The series follows the dangerously charming Joe as he fixates on and obsesses over various women; You season 4 aims to take the show to a new level by bringing Joe’s schemes to Europe.

You has now revealed, through the show’s social media accounts, a new motion poster from season 4 featuring Joe. The poster gives fans a new look at Joe in his professor attire for a journey through London in You season 4.

The post was captioned, “London’s calling with some news. Your travel itinerary will be updated this time tomorrow,” which teases an incoming sneak peek at You season 4 sometime on Thursday, November 24. Check out the new You motion poster below.

You season 3 concluded with a twist ending, with Joe ultimately getting the upper hand on his wife Love Quinn (Victoria Pedretti), killing her and escaping their burning house.

In order to get a fresh start, Joe cut off two toes and left them behind with Love’s body to be found later by the police and have Joe be presumed dead.

Despite the grim ending to You season 3 featuring the death of fan-favorite Love, the serial killer actually made a very altruistic decision by choosing to leave his son Henry to the care of a neighborhood couple, choosing to let the boy grow up in a normal and loving home.

Joe ditched not only his family and Madre Linda home, but the United States altogether, relocating to Paris in pursuit of his most recent beloved, Marienne (Tati Gabrielle).

Fans can expect You season 4 to be largely focused on Joe’s pursuit of Marienne, as any other fixation on a new woman would hinder the show and Joe’s development as a character.

The events from You season 3 have prepared Joe to embark on this mission with a focused mind and a new perspective on his ways.

The idea behind leaving his son Henry with another family was that Joe realized that he wasn’t a healthy presence for the boy, thus positioning the character to reevaluate his life as a whole.

The information available regarding You season 4 suggests Joe’s days of unrequited love are behind him, with the character adopting a new identity. Joe now goes by Professor Jonathan Moore, lives in London, and is more academically-focused rather than acting on his murderous impulses, which can only last so long.

You season 4 keeps the show fresh by putting Joe into new locations, with Paris and London serving as exciting backdrops to explore the character as he tries to find the elusive Marienne in a Europe-wide search. That decision is a good one, as any setting shift can effectively shake up a long-running show.

For some, there is a fear of You getting repetitive with Joe having a new obsession every season.

The choice of putting the character in different countries and sporting a new persona might just be the push You needs to break away from what came before and head into an exciting future for the show. 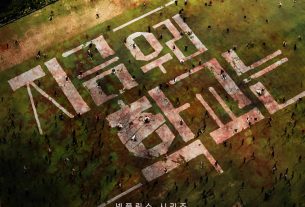