You can’t keep a good I.P. down. 2017’s ‘Death Note’ was an inflection point in the relationship between anime fans and Netflix, kicking off a slew of threats from the streamer about new live-action adaptations of classic anime. It didn’t matter that no one liked Death Note.

What matters is they knew Death Note, and brand awareness is even more important than making a good thing.

So here we are five years later, and Netflix has just hired a poor soul to write the next Death Note thing.

Per Deadline, Halia Abdel-Meguid will write Death Note for the Duffer Brothers’ Upside Down Pictures, the new production company from the Stranger Things creators Matt and Ross Duffer.

Abdel-Meguid has some luck when it comes to big writing projects. She’s currently staffed on Hulu’s The Devil In The White City, a project that’s in a bit of trouble, and an adaptation of the Stephen King and Pete Straub novel The Talisman.

Deadline notes that Abdel-Meguid speaks Japanese and is a longtime fan of the Death Note manga and anime series.

Unfortunately, it’s a no-win project that fans will probably hate on principle, mainly because they resent western attempts at remaking Japanese properties, which is fair enough.

Still, this new Death Note will have nothing to do with the old Death Note, so hopefully, and we’re genuinely praying for this, fans will be more receptive to this version. 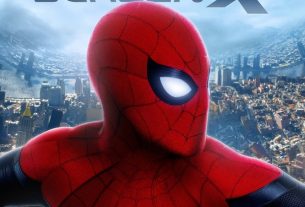 “Spider-Man: No Way Home” ranks third in the film history in the early box office in North America