After two fiscal quarters of subscriber losses, Netflix added 2.41 million subscribers in its fiscal third quarter, allowing the streamer’s global subscriber base to climb to 223 million.

Starting Nov. 3 Netflix is launching an ad-inclusive package in the U.S. for $6.99 per month, $3 cheaper than the original cheapest package.

Netflix lost 200,000 and 97,000 subscribers in the first and second fiscal quarters, respectively, this year, and started to gain subscribers again in the third fiscal quarter thanks to hits such as the fourth season of ‘Stranger Things,’ which saw net growth of more than 2 million for the year.

In order to compete for more subscribers, they will also launch a “Basic With Ads” package with commercials, where you will watch 4-5 minutes of commercials per hour, with the length of each commercial ranging from 15-30 seconds, before the start of the episode and while watching the episode.

Due to copyright restrictions, some episodes and movies will not be available to subscribers of the ad-based version of the package. 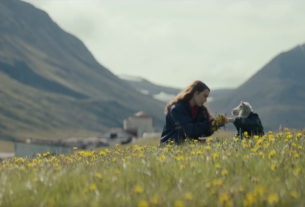