This first premiered at the 2022 Toronto Film Festival and also played at the London Film Festival. It’s now set to open in theaters for one week at the end of November before launching on Netflix in December.

From writer / director Rian Johnson, famed Southern detective Benoit Blanc travels to Greece for his latest case. The real question is not just who did it, but why?

All the critics loved this one at the festivals and I’m so excited to have the chance to watch it in theaters soon. This is going to be a hoot! Fire up the official trailer below.

In the follow up to Rian Johnson’s Knives Out, Tech billionaire Miles Bron invites his friends for a getaway on his private Greek island. When someone turns up dead, Detective Benoit Blanc (Daniel Craig) is put on the case to peel back the layers of a mystery involving a new cast of colorful suspects.

Glass Onion: A Knives Out originally premiered at the 2022 Toronto Film Festival this year.

Netflix will debut Johnson’s Glass Onion: A Knives Out Mystery in select US theaters first at the end of November, then streaming on Netflix worldwide starting on December 23rd, 2022 later this year. 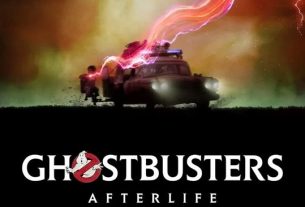