It’s been a while since we have all visited Wakanda. At the beginning of October, we got to see the latest trailer for “Black Panther : Wakanda Forever” , and we were introduced to a lot of new characters–including Riri Williams aka Ironheart.

Outside of everything happening in the trailer, the questions still persists: Who is in the Black Panther costume?

Well, we still don’t know that answer–it’s probably Shuri–but a slew of new posters for the movie have been released, giving us a closer look at each character in the movie.

From the previously mentioned Shuri to M’Baku, most of the cast is getting their own poster. In total, 12 were released, with some featuring both Wakandans and Atlanteans. You can find all of them below.

As for the Black Panther sequel, we may not have confirmation of who the titular hero is, but we do know a few other things. Black Panther is the official end to Phase 4 of the MCU, which started with the Disney+ series WandaVision.

Daniel Kaluuya, who played W’Kabi in the first movie, will not be appearing in Wakanda Forever because of scheduling conflicts, as he was already involved in Jordan Peele’s Nope. 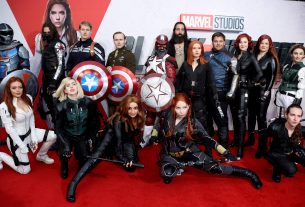 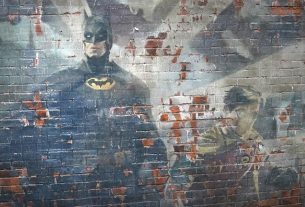