Marvel just keeps bringing Michael Waldron back. The writer came into the MCU with Loki, stuck around for the turgid Doctor Strange in the Multiverse of Madness, and now will continue his turn in the multiverse with ‘Avengers: Secret Wars‎’ , which will close out Marvel’s Phase Six.

Yes, sure, it’s very tidy that the man who brought Kang into the Marvel world will presumably see him out again. But this is not, shall we say, an inspired choice.

“Insiders say meetings for the job took place last month,” said Deadline “And while a number of writers met, many believed Waldron was the front-runner given how much trust the studio has in the writer.”

Waldron recently penned Doctor Strange in the Multiverse of Madness as well as both the premiere and finale of Marvel’s Loki series, which launched earlier this year on Disney Plus, as well as acting as showrunner and executive producer on the show.

Although little is known about Secret Wars right now, it’s thought that the upcoming superhero team-up will adapt Marvel’s classic Secret Wars comic books and will lead to a conflict with even great consequences than Avengers: Endgame.

Secret Wars was originally published in 1984 and saw heroes (and villains) from across the Marvel comic books come together for an epic twelve-part storyline.

It focussed on a new villain called The Beyonder, who used god-like powers to transport heroes and villains alike to a distant planet of his own creation, Battleworld.

Stocking it with alien weapons and technology, he challenged his captives to slay their enemies, resulting in a number of skirmishes and a rather epic final battle.

Whether or not the upcoming Secret Wars movie will introduce The Beyonder remains to be seen.

However, if it does, he’ll have no shortage of heroes and villains to take his pick from, with Marvel’s entire multiverse potentially at his disposal.

According to Deadline, Avengers: Secret Wars will be getting its own director rather than piggybacking off The Kang Dynasty, which will be directed by Destin Daniel Cretton. But this has yet to be announced.

Secret Wars currently has a release date of November 7, 2025, and to be fair, we don’t even know which Avengers will be in it yet. 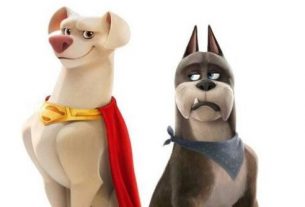 François Ozon’s new film ‘Mon Crime‎’ will be released in France on March 8, 2023