‘The Silent Hour’ is directed by Brad Anderson (‘Peacemaker’ ‘Clickbait‎’), produced and invested by AGC Studios, and will start shooting early next year.

Set in Boston, Kinnaman plays a police detective who suffers a work accident that leaves him with hearing loss.

Sixteen months later, as a police interpreter, he teams up with his best friend and partner (Strong) to fight a group of corrupt cops who are trying to clear a deaf witness in an apartment building murder case. 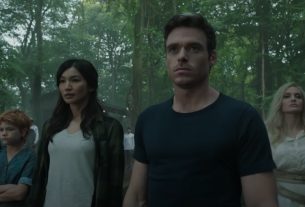