Jesse Williams is moving in to ‘Only Murders In the Building’. The Grey’s Anatomy alum has been cast in Hulu’s comedic murder-mystery series for season 3 in a recurring role, EW has confirmed.

According to the official character description, Williams will play “a documentarian with a particular interest in the case.” Sounds like he’s coming for Charles (Steve Martin), Mabel (Selena Gomez), and Oliver’s (Martin Short) job! Who’s going to solve this season’s murder first?

The last scene skipped ahead a full year to the opening night of Oliver’s Broadway directorial comeback starring none other than Charles and new character Ben Glenroy (Paul Rudd) — who clearly hate each other for a mysterious reason.

Their triumphant night takes a turn, however, when Ben drops dead onstage in the opening scene, causing Mabel, who was watching from the audience, to end the season with the perfect line: “You’ve got to be f—ing kidding me.”

“Season 1 was really centered around a Mabel story, and then Charles and his father emotionally led season 2 in many ways, so it feels right to lean into Oliver a bit more and his dream of a potential comeback,” Only Murders in the Building creator John Hoffman previously told EW.

“And so that’s where it started to feel like we can go into the theater and imagine a break between them so that we have fodder for what happened in that year jump, and where are they when we join them in season 3 around this new problem they have … We reset them a little bit, reset their world, and yet the Arconia is still very present in season 3.”

Best known for playing Dr. Jackson Avery on Grey’s Anatomy for 12 seasons, for which he’s returning to direct and appear in a season 19 episode, Williams most recently earned a Tony Award nomination for his Broadway debut in the Take Me Out revival.

He will be seen next in Your Place or Mine with Reese Witherspoon. He’s also appeared in TV shows and movies including Little Fires Everywhere, The Cabin in the Woods, Brooklyn’s Finest, and more. 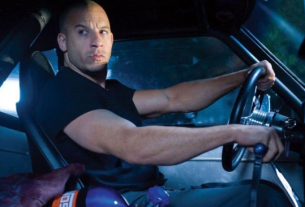 “Fast and Furious 10” postponed to May 2023, it is the final chapter of the series 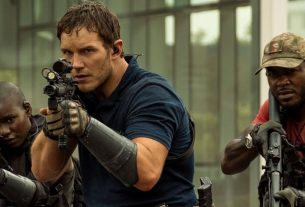