Hye-kyo Song starring in the Netflix thriller ‘The Glory’ released the official trailer for the 8-episode series, which will be available on December 30.

This drama is written by ‘Descendants of the Sun’ writer Eun-sook Kim, directed by ‘Stranger’ director Ahn Gil-ho, and co-stars Do-hyun Lee and Ji-Yeon Lim.

The story follows Hye-kyo Song as Dong-eun, a woman who was forced to drop out of school due to school violence when she was a student, and whose dreams of becoming an architect were dashed. Years later, she becomes the class teacher of the child who was the mastermind of the violence, and Dong-eun decides to take a series of revenge. 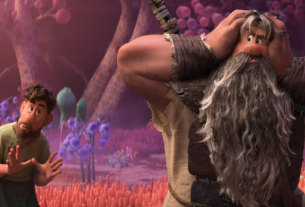