Hong Chau has joined the cast of the anticipated new film from “The Favourite” and “The Lobster” director Yorgos Lanthimos.

Plot details are (frustratingly) under wraps from the Greek master of subversion, who has also given us “The Killing of a Sacred Deer” and “Dogtooth.”

Lanthimos directs from a script he wrote with Efthimis Filippou (reuniting after both “Lobster” and “Sacred Deer”).

Searchlight Pictures is financing and distributing the project with Element Pictures and Film4. Ed Guiney and Andrew Lowe of Element, Kasia Malipan and Lanthimos are producing. Principal photography begins this month in Chau’s native New Orleans.

Chau is best known for her critically acclaimed performance in the Paramount film “Downsizing,” co-starring Matt Damon and directed by Alexander Payne.

She received a Screen Actors Guild Award nomination for outstanding performance by a female actor, as well as a Golden Globe nom, for her performance as a jailed political activist working in the slum of a luxury resort.

She went on to an acclaimed turn in HBO’s “Watchmen” and in Amazon’s Julia Roberts-led “Homecoming.”

She will next be seen in Mark Mylod’s “The Menu” (also from Searchlight), which will be released Nov. 18, and in Darren Aronofsky’s “The Whale” opposite Brendan Fraser, hitting theaters Dec. 9.

Other upcoming projects include A24’a “Showing Up,” the Netflix series “The Night Agent” and Wes Anderson’s “Asteroid City.”

She is repped by CAA, The Lede Company, and Goodman, Genow, Schenkman, Smelkinson & Christopher. 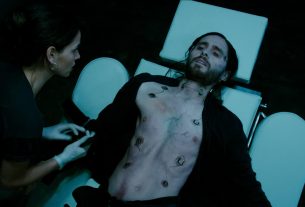 Makoto Shinkai’s “Suzume no Tojimari” reveals new posters and stills, it will be released in Japan on November 11