Kathryn Hahn returns to star in the show’s starring witch Agatha from ‘WandaVision‎’.

Sources say it’s a dark comedy, and the plot is also being kept under wraps. ‘WandaVision‎’ lead writer Jac Schaeffe serves as the writer and executive producer of the spin-off, which will be broadcast on Disney+.

Variety confirmed that the 19-year-old, who plays Charlie Spring in the popular Netflix series, will take on an entirely different role for Agatha: Coven of Chaos. Locke will star in the WandaVision spin-off alongside Kathryn Hahn, who is reprising her role as Agatha Harkness.

Locke reacted to the news on Instagram, sharing a screenshot of the Variety article announcing his casting.

“When I found out I got an email which said ‘welcome to the marvel universe,'” he wrote alongside the post. “And I screamed. “

Agatha: Coven of Chaos has been described as a dark comedy that will center on Harkness — the fan-favorite villain from WandaVision. The limited series, starring Elizabeth Olsen and Paul Bettany, aired one season on Disney+ in 2021 but isn’t expected to continue.

“It’s definitely a limited series,” Olsen, 33, said in a virtual chat with Kaley Cuoco in June 2021 for Variety’s Actors on Actors series. “I mean, I’m saying that. I don’t know. I mean, with Marvel, you can never say no. People die, people [come back to life].”

Locke is best known for playing warm-hearted high schooler Charlie on Heartstopper. In the series, based on graphic novels of the same name by author Alice Oseman, Charlie is one of very few openly gay kids at his school. He soon develops a close friendship with jock Nick Nelson (Kit Connor) that eventually blossoms into a romance.

The Netflix series has received praise from viewers and critics alike. It currently holds a 100 percent score on Rotten Tomatoes.

The streaming service renewed Heartstopper in May through season 3.

“I think it’s quite easy to look ahead at a second season because of volume 3 and 4 of the novels,” Locke also told Entertainment Weekly in May. “Charlie develops an eating disorder and his mental health takes a turn for the worse and I think that would be interesting to look into, especially if the show continues to be very much a teen show.”

Ahead of his Marvel-ous announcement on Tuesday, Locke showed he’s a friend an ally to Connor after the 18-year-old came out as bisexual in response to fan criticism he was “queerbaiting” by playing a bisexual character while apparently straight in real life.

Connor debunked the claims on Twitter, which surfaced in response to a photo of the actor holding hands with his A Cuban Girl’s Guide to Tea and Tomorrow costar Maia Reficco.

“I’m bi,” he wrote on Monday night, “congrats for forcing an 18 year old to out himself. I think some of you missed the point of the show. Bye.”

“You owe nothing to anyone. I’m so proud of you my friend,” Locke tweeted earlier on Tuesday.

And he wasn’t the only Heartstopper actor to show love for Connor — costar Sebastian Croft added, “Kit Connor, the world doesn’t deserve you. Love you my friend.” 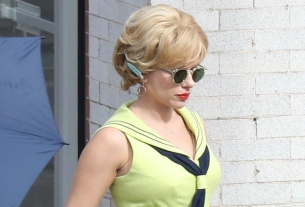