HBO hit drama ‘Succession Season 4’ released a trailer, announcing that it will start airing next spring.

Logan Roy (Brian Cox) may be a media giant, but his children are ready to stand on each others’ shoulders to meet him eye to eye.

The only issue, other than the Shakespearian coup? Shiv (Snook) has to confront her husband Tom (Matthew Macfadyen) over his siding with Logan.

The first footage for the new season of the Emmy-winning HBO series showed Cox as Logan declaring that Waystar Royco is “killing the opposition.” How does that bode for his opposing children?

The prospect of this seismic sale provokes existential angst and familial division among the Roys as they anticipate what their lives will look like once the deal is completed.

A power struggle ensues as the family weighs up a future where their cultural and political weight is severely curtailed.

Season 4 production heads to Norway to capture Lukas’ hometown as the Waystar Royco buyout deal nears its conclusion, while the series could be eyeing a Season 5 series finale.

“We don’t want it to overstay its welcome, like ‘Billions,’” actor Cox said earlier this year. “That’s past its sell-by date. That will not happen with our show.” 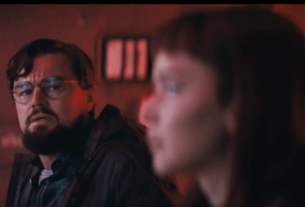 “Don’t Look Up” is officially announced, no one takes the comet hitting the earth seriously