The film ‘Megalopolis’, which Francis Ford Coppola has been preparing for many years, has finally started, with photos from the Atlanta set, Shia LaBeouf, Nathalie Emmanuel and other actors appearing.

Adam Driver, Forest Whitaker, Laurence Fishburne, Jon Voight, and Aubrey Plaza also starred. Coppola served as the director & screenwriter. He sold the winery to finance the film himself, with a production cost of nearly $100 million.

The story is described as “a grand tale of political ambition, genius and contradictory love that mirrors the fate of Rome in a world that cannot solve its own social problems”.

LaBeouf was dressed up in black and gold for his character’s costume, wearing a black button-down shirt with vertical gold chains print, complete with matching leather pants, a belt, a golden chain and a leather fedora adorned with gold studs.

Photos from the Megalopolis set also show LaBeouf wearing a long ponytail that reaches down to his mid-back.

In September, Variety reported that LaBeouf had landed a leading role in 83-year-old Ford Coppola’s upcoming epic $100-million movie, one week after the actor broke his silence on his relationship with former girlfriend FKA twigs, who filed a lawsuit against him accusing him of sexual battery and “relentless abuse” in December 2020, in a letter that Variety published on Aug. 26.

After FKA twigs filed the lawsuit, which alleged that LaBeouf sexually and physically assaulted and battered the singer and knowingly gave her a sexually transmitted disease, LaBeouf sought inpatient treatment and parted with his agency, CAA, while on a hiatus from acting.

LaBeouf’s letter, published by Variety, also directly disputed Don’t Worry Darling director and actor Olivia Wilde’s August claim to the outlet that she had fired LaBeouf from the production.

In the letter, LaBeouf claimed he actually “quit the film due to lack of rehearsal time,” while Wilde had told the outlet that she fired the actor over concerns that LaBeouf’s acting process did not help create “a safe, trusting environment” on set.

“My failings with Twigs are fundamental and real, but they are not the narrative that has been presented,” LaBeouf told Wilde, 38, in the email. “There is a time and a place to deal with such things, and I am trying to navigate a nuanced situation with respect for her and the truth, hence my silence.” 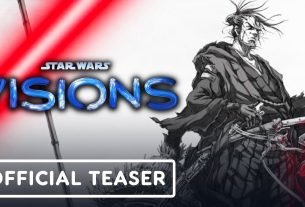