‘An Ideal Wife’ focuses on Lloyd’s marriage to Wilde and the sexual awakening she experiences after learning her husband is gay.

After Wilde was imprisoned for homosexual acts in 1895, Lloyd left London with his two sons and went into exile in Genoa, Italy, where he died at the age of 40.

During her lifetime, she published two children’s books and contributed to newspapers and magazines, and was also active in calling for dress reform. ‘House of the Dragon’ releases new poster at 2022 SDCC, she and the dragon 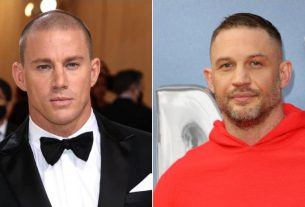 Channing Tatum partners with Tom Hardy in a new film, focusing on the U.S. troop withdrawal from Afghanistan