Earlier media ‘Variety’ reported that the new DC film ‘Black Adam’ is expected to lose $50-100 million. But today Deadline revealed that the film’s profit would be between $52 million and $72 million, and Dwayne Johnson himself retweeted and approved the news.

For this media Deadline is calculated as follows

Producer Joe Singer told Deadline, “Some people are saying ‘Black Adam’ lost money, and that’s not true. Maybe for a movie starring Dwayne Johnson, it’s disappointing at the box office. However, the film will exceed break-even and bring in some profit.”

Johnson himself retweeted the story on social media, adding, “The movie is approaching $400 million worldwide, and we’re building a new IP step by step (Marvel’s ‘Captain America: The First Avenger’ only grossed $370 million worldwide at the time)”

Producer Joe Singer said, “Sequels and franchises are the lifeblood of our business and they are lower risk but have higher upside overall.’ Black Adam2′ and Hawkman spin-off films are also beginning early preparations.” 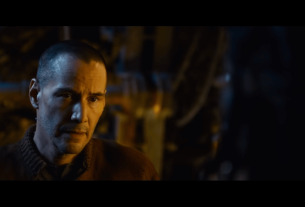