‘Hannibal’ star Mads Mikkelsen is back with creator Bryan Fuller, but instead of a new season of ‘Hannibal’, it’s a new family horror movie called ‘Dust Bunny’.

The film will star Mikkelsen, Fuller directed, written and produced by Entertainment One and Thunder Road, and is scheduled to begin shooting in January next year.

Dust Bunny’ is about an 8-year-old girl who seeks the help of her mysteriously funny neighbor to kill the demon under her bed that (she thinks) ate her whole family. 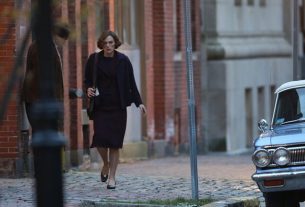 The film adaptation of “GT Racing” is expected to be released on August 11, 2023, based on a true story