Guillermo del Toro took to his Instagram account to share a CGI test for his take on At the Mountains of Madness, a classic monster tale that never made it out of the cave.

In the computer animated clip, we see an explorer digging through his backpack in a blustery cavern. As the wind howls behind him, a creature can be seen emerging from the sun and making its way towards the man.

Based on the story, we’re thinking it’s a Shoggoth – a monster related to the Cthulhu mythos. As only del Toro could imagine, the slimy, tentacled, and clawed monster bursts through what can only be described as a body sack, drawing the attention of the trapped explorer.

Luckily for the man, a shotgun lies off to his side, but unfortunately the monster’s tentacles move faster, and he’s sucked towards the Shoggoth before the clip cuts out.

Incredibly detailed and meticulously designed, the look will leave you wondering what could have been and questioning why it didn’t.

The story of At the Mountains of Madness was penned by Lovecraft in 1931 and follows a doomed exploration to Antarctica.

Told from the perspective of the character Dr. William Dyer, the tale acts as a warning for others who may be interested in having their own adventure to the previously unseen continent. 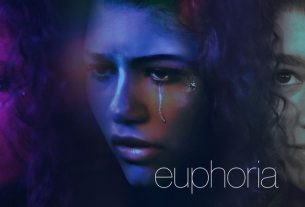