Following a teaser trailer that was released earlier this week, the first official trailer for the upcoming ‘Titans Season 4’ has come out.

The new trailer shows off more of the iconic group and the continuation of the mystery that’s been building since the first season.

The series is scheduled to make its return on November 3 with the first two episodes, followed by weekly episode releases until December 1. The second half of Season 4 is set to premiere in 2023.

Titans follows young heroes from across the DC Universe as they come of age and find where they belong. Last season, circumstances drew our heroes to Gotham City, where they reunited with old friends and fought new threats.

Season 4 will feature the introduction of new villains in the form of Joseph Morgan (The Originals) as Sebastian Blood/Brother Blood, Franka Potente (Taboo) as May Bennett/Mother Mayhem, and Lisa Ambalavanar (Doctors) as Jinx.

Based on the characters from DC, Titans was developed by Akiva Goldsman, Geoff Johns, and Greg Berlanti, with Johns, Berlanti, Greg Walker, and Sarah Schechter serving as executive producers. It is a production by Weed Road Pictures, Berlanti Productions, and Warner Bros. Television. 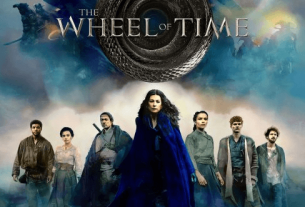 Joaquin Phoenix reveals his salary for “Joker 2‎”: up to $20 million!