‘Creed III‎’ reveals new stills, Michael B. Jordan and Jonathan Majors are about to go from old friends to enemies.

First-time director Michael Bakari Jordan told ‘Empire’ magazine that he sought advice from people such as Denzel Washington and Bradley Cooper, who have also directed and starred, to find his own rhythm and pace. 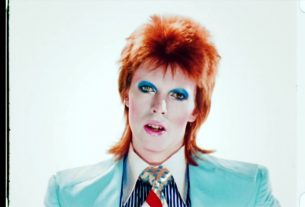 David Bowie’s film is exposed, the film is based on thousands of hours of unpublished images