“Interior Chinatown” is based on the book of the same name by Charles Yu. Per the official logline, the show “follows the story of Willis Wu (Yang), a background character trapped in a police procedural trying to find his way into the larger story–and along the way discovers secrets about the strange world he inhabits and his family’s buried history.”

Bennet will play Lana Lee. Her official character description states, “Detective Lana Lee is a new lead making her debut appearance in the procedural cop show ‘Black & White.’ Lana brings a new energy to the series’ reliable but overworked premise. Exuding competence and an air of mystery, Lana represents everything Willis has dreamed of: success, a possible love interest, and a bigger role in the story. Self-aware, compelling, and enigmatic, Lana has a way of easily slipping between worlds—but this ability comes with a complicated reality of its own. When Lana enlists Willis’s help on a major case, the two form an unlikely partnership.”

Bennet is known for her role in the ABC-Marvel series “Agents of S.H.I.E.L.D,” on which she starred as Daisy “Skye” Johnson, a.k.a Quake, throughout the show’s seven-season run.

Her other notable roles include the ABC music drama “Nashville” and the animated Dreamworks film “Abominable.”

She reprised her “Abominable” role in the upcoming spinoff series “Abominable and the Invisible City,” which bowed in October on Hulu.

Variety exclusively reported that Bennet will appear in the third season of the hit FXX series “Dave.”

“Unlike Willis, Fatty is much more comfortable with who he is and he’s content with his life working at the restaurant, drinking, hanging out, and being the sidekick in the story.”

Chieng is an accomplished stand up comedian, whose most recent special debuted on Netflix in April. He is currently a senior correspondent on “The Daily Show.”

As an actor, Chieng is known for co-creating and starring in the ABC Australia sitcom “Ronny Chieng: International Student” as well as for appearances on shows like “Doogie Kameāloha, M.D.” and “Young Rock.”

In film, he starred in the blockbuster “Crazy Rich Asians” as well as “Godzilla vs. Kong” and Marvel’s “Shang-Chi and the Legend of the Ten Rings” among others. 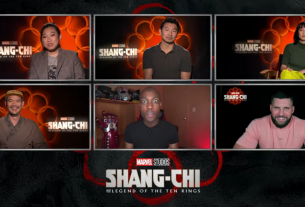 “Shang-Chi and the Legend of the Ten Rings” releases a new special, the creators share the shooting story 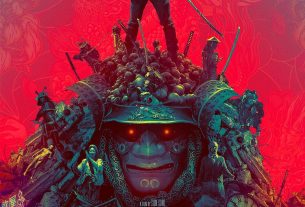 Nicholas Cage’s “Prisoners of the Ghostland” exposure stills and posters