‘Creed III‎’ has given fans a first look at a pair of Marvel stars in the upcoming boxing movie: Michael B. Jordan and Jonathan Majors.

Two posters have been released featuring Jordan in one and Majors in the other. They both strike the same pose, in boxing attire. The official tagline for the movie reads: “You can’t run from your past.”

The MCU actors will star in the third Creed movie, which once again stars Jordan as Adonis “Donnie” Creed, the son of Apollo Creed.

Majors will play the movie’s villain, Anderson Dame. Little is known of the mysterious character but, based on the poster released, Majors has clearly been on an intense workout regime to get in shape for the movie.

The same can be said for Jordan, who will notably make his directorial debut with this movie. He takes over from Steven Caple Jr, who directed Creed II, and Black Panther director Ryan Coogler, who helmed the first movie.

While there are no plot details currently known, this is the first movie in the Creed series not to feature Sylvester Stallone. Stallone, who played Rocky Balboa in the Rocky franchise that spawned the Creed series, will produce the movie, however.

The movie will bring back another MCU star in Tessa Thompson, who plays Bianca Taylor. In the MCU, Thompson stars as Valkyrie in Thor: Ragnarok and Thor: Love and Thunder.

Jordan featured as the villain in Black Panther, Erik Killmonger, while Majors has just joined the MCU as the franchise’s next big bad. He plays Kang the Conqueror and made his debut in last year’s Disney+ series Loki.

He will feature prominently in the upcoming third Ant-Man movie Ant-Man and the Wasp: Quantumania, while he will also star in the upcoming Avengers movie Avengers: The Kang Dynasty. 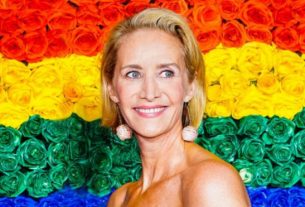 Janet McTeer joins “The Menu” and collaborates with Anya Taylor-Joy Marvel’s “Ant-Man and the Wasp: Quantumania” and “The Marvels” Swap Release Dates