It is reported that ‘Black Panther : Wakanda Forever’ in the big villain for Namor Prince (Namor), also known as The Sub-Mariner (The Sub-Mariner), was born to Captain Leonard McKenzie and Princess Atlantis, is the prince of the underwater kingdom of Atlantis.

Related Post: Wonderful sequel! “Black Panther : Wakanda Forever” was a big hit in the early stages of its premiere, and critics praised it. 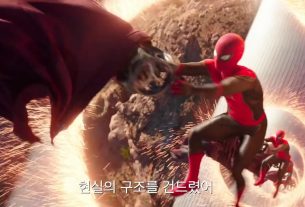