The new Apple TV+ movie ‘Sharper‎’ starring Julianne Moore, Sebastian Stan, Justice Smith, Briana Middleton. released a preview, and the deceive masters appeared, and it was also announced that it would be launched in February next year.

‘Sharper‎’ is directed by Ben Caron (‘The Crown’ ‘Sherlock’), with a script written by Brian Gatewood & Alessandro Tanaka that has been blacklisted.

Set in Manhattan’s billionaire class, the story follows a group of crooks who devise the perfect plan to cash out a wealthy family, but when love, heartbreak and jealousy play their part in the grand scheme of things, it’s not clear the criminals Are you cheating or being deceived.

“Sharper,” an NYC-set comedy thriller about con artists with Julianne Moore and Sebastian Stan for A24 and Apple TV+? Does that sound like a winning combo, or what?

“Sharper” unfolds within the secrets of New York City, from the penthouses of Fifth Avenue to the shadowy corners of Queens. Motivations are suspect and expectations are turned upside down when nothing is as it seems.

Benjamin Caron, best known for his work on “Sherlock,” “The Crown,” and Disney+‘s “Andor,” directs the film. “Sharper” is a long-gestating project for Caron that he developed with his sister and long-time producing partner, Jodie Caron.  Brian Gatewood and Alessandro Tanaka pen the film’s screenplay.

The new teaser for “Sharper” doesn’t give any plot details away, but it does showcase what a stylish crime movie Apple TV+ subscribers should expect.

“Sharper” has a limited theatrical release starting on February 10 before it premieres exclusively on Apple TV+ on February 17. 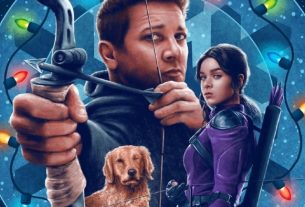