Major spoilers ahead for “Andor” season 1.

“Andor” has finished its first season on Disney+, and it’s quite unlike any Star Wars series we’ve seen so far. We’ve followed “Rogue One: A Star Wars Story” character Cassian Andor (Diego Luna) as he is radicalized (with very good reason) into the rebel we first met in the film. In 12 episodes, we’ve seen him change, grow, and get angry about the way the Imperial forces are treating the galaxy. The upcoming second season will also be the last, and leads directly into the events of “Rogue One.”

Season 2 of “Andor” began shooting on November 21, 2022, and it’s going to work a bit differently in terms of how the season is structured. There was some chatter online about how much time there is between “Andor” and “Rogue One,” and some fans wondered how it was going to work, since there seems to be a lot of time left to cover in just 12 more episodes. /Film’s own Ryan Scott recently spoke to showrunner and executive producer Tony Gilroy, who laid out the changes for us all, including how messy forming the rebellion is going to be.

‘We have some pretty interesting storytelling opportunities’

Gilroy was asked about where we leave things in season 1 and whether the next episode would continue right away, or if there will be a time jump, and how that might change the show. Gilroy says that the tone will be the same, with “the same quality, the same attention to detail,” but there are things that are going to shift:

“One is that this is a show about [Cassian] becoming a revolutionary. His commitment to the cause is not going to be that much in doubt over the next four years. That’s the second difference. We’re going to be covering four years. Every time we do three episodes in the second half, we jump ahead a year. When we come back to the show for part two, it’ll be a year later. We’ll do three episodes, and then we’ll jump a year.

“Then we’ll do three episodes, and then we’ll jump a year on that. That last year will be the year that takes us into ‘Rogue [One].’ We have some pretty interesting storytelling opportunities. I’d be curious if anybody else has ever done it before. We can’t think of a [show] where someone did that.”

Time jumps seem logical, although they can often be problematic in terms of audience memory retention. That’s not likely to be the case here. Though we’re only getting three episodes before each jump, season 1 handled the narrative so well that it would be hard to imagine this not working.

There’s a lot going on at this time with the rebellion. Time jumps leave room for other stories to be told in future series or films.

“Andor” season 2 is still about the people who are fighting the good fight, but it’s also about how it all comes together. Gilroy explained:

“The show still is about becoming, and it’s about people, or as you say, ordinary people making extremely difficult decisions under extreme circumstances. That won’t change. But it’s really more about thematically how the Rebellion will come together, and the difficulties of the Rebellion coming together. We know it’s going to end up with the Alliance in Yavin. Well, that’s not a very easy process.”

The big thing that we’re learning about the rebels and what they’re trying to do is how difficult it is to know people’s real motives and keep everyone on the same page. When you’re keeping everything stealthy, it’s hard to organize. When you are fomenting a rebellion, you’re going to attract certain types of people. Motives might be good, but the decisions, sacrifices, and practicalities of it all are difficult. Luthen’s (Stellan Skarsgård) monologue in episode 11 explains it perfectly. He’s creating a world he isn’t fit to live in, and he’s given up everything good about himself to do it. Gilroy continued:

“Andor” is streaming season 1 on Disney+. Dan Harmon says he’s in talks for a movie version of ‘Community’, and has a synopsis for now 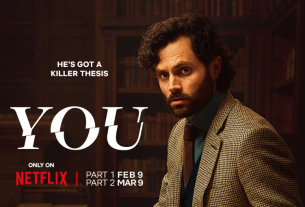