Months ahead of the theatrical release of John Wick: Chapter 4 in March, cameras have begun rolling on the spinoff movie Ballerina. Starring Ana de Armas as a deadly assassin seeking vengeance, the film was recently reported to soon begin filming in Prague.

Taking to her Instagram Stories, de Armas has announced that filming has indeed officially begun by sharing an image of herself in the makeup chair. You can see an image of the post below, providing a first look at her character in the film.

“Yesterday was our first day shooting ballerina, and it was awesome!” the actress wrote on the photo.

It has taken some time for Ballerina to get to this moment. The spinoff was first announced in 2017 before de Armas was attached to the project.

At the time, it was reported that the film would “center on a young woman raised as an assassin who must hunt down the other assassins that murdered her family.” Progress moved slowly on the film before de Armas’ name came into the discussion in 2021.

It was announced earlier this year at CinemaCon that filming would begin over the summer, though that wound up getting pushed back to November.

Ana de Armas, who recently impressed with her performance as Marilyn Monroe in Blonde, had a condition put in place before accepting the lead role in Ballerina.

It was important for the actress to have a woman help tell her character’s story, given that the other members of the creative team were men. As she previously told ELLE, it was de Armas who campaigned for Emerald Fennell to be brought in to write the screenplay.

“It was really important for me to hire a female writer, because to that point when I got involved in the project, it was only the director, Len Wiseman, and another guy,” de Armas said. “And I was like, ‘That’s not going to work.’ So I interviewed, like, five or six female writers. We hired Emerald Fennell, which I was so proud of.”

It’s unclear if there are plans for Keanu Reeves to make an appearance as John Wick at some point in Ballerina, but there will be some crossover characters.

It was recently revealed that Ian McShane will appear in Ballerina to reprise his role as Winston. Perhaps there will be other characters from the franchise as well that will end up getting cameos in the spinoff.

Ballerina doesn’t yet have a premiere date. John Wick: Chapter 4 will be released in theaters on March 24, 2023. 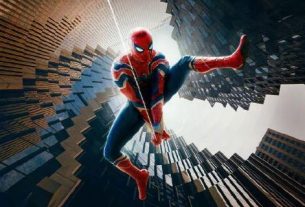 ‘The Gentlemen‎’ to be made into a drama, newly confirmed to star Theo James